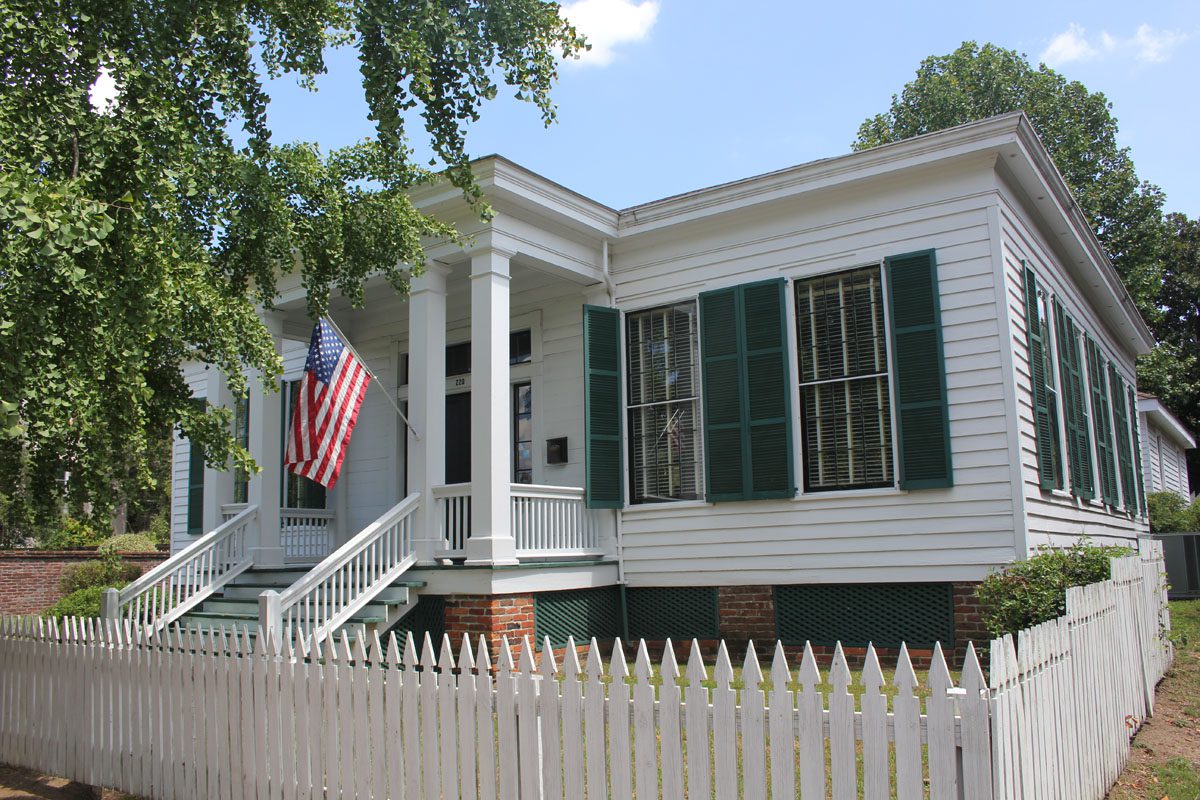 Campbell-Holtzclaw Cottage
220 North Hull circa 1853 , NOT ON TOUR

Located next door to the Ordeman-Shaw House, this cottage was a part of Landmarks’ original purchase in the late 1960s. The abstract stated that Charles Ordeman sold the house to John Campbell in 1853. Earlier research had led to the conclusion that Ordeman, an architect, had built this house on the south portion of his property and sold it to Campbell, perhaps to help defray some of his mounting debts. The current theory is that the house was there when Ordeman bought the property in 1850s and that he and his wife, Sarah, lived there while building the house next door on the corner. The Ordemans left Montgomery in late summer 1853, and in July of that year Campbell, a local jeweler, bought the house. Civil War general James Holtzclaw later occupied it.

The tidy cottage with green shutters and a picket fence typified the dreams of many Alabamians during the 19th century. Later owners modernized the clapboard cottage with a new roof and porch. When Landmark Foundation began work in 1973, crews found the earlier roof, enabling a restoration of the old roofline. The porch was replaced with a replicated Greek Revival portico based on others in the region. The interior layout follows the common pattern of two large front rooms with a short reception hall that widens in the rear with a room to each side of it. In 1974 the restored cottage became the headquarters of Landmarks and also housed an antiques and candy shop. It continued to serve as the Reception Center for Old Alabama Town until 1980.

The kitchen and cook’s quarters, a two room saddle bag structure located behind the Campbell Cottage, actually belonged to the Davis-Cook House before its move to Old Alabama Town.

Today, the property is leased for commercial purposes.