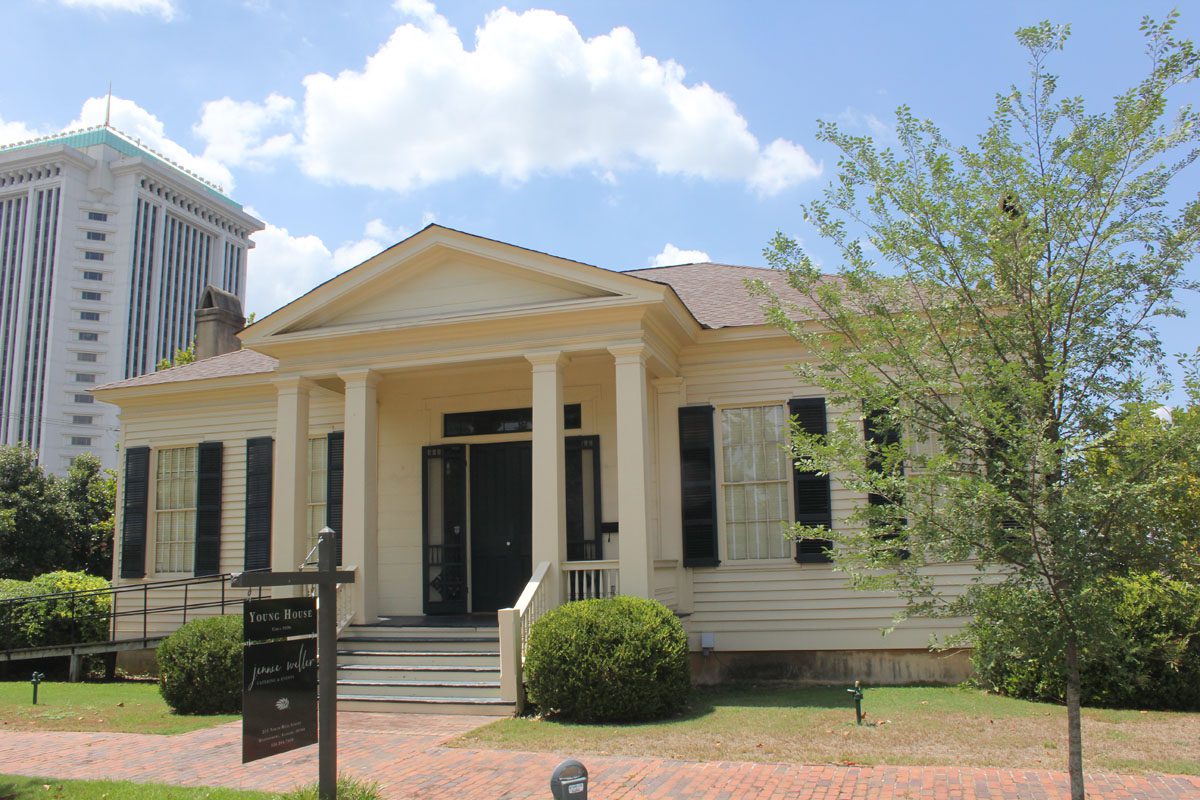 A two room and loft cottage was the first house constructed on the site in Burkeville, a rural community in Lowndes County by settler John Nall who came to Alabama from North Carolina. In 1820 he married Elizabeth Deane of Georgia, and in 1825 he purchased property in what was then a part of Montgomery County. The Nalls had no children, but a niece, Mary E. Harrison, lived with them after the death of her parents. In 1851 she married Brooke Young, a native of Maryland who had come South. The Youngs lived with the Nalls and after the elder couples’ deaths in the 1870s, Mary inherited the plantation; her husband and later her son continued the farming operations.

The Young House is actually two structures in which Nall preserved his original cottage and united it with the larger structure by a latticed porch. Today, the original cottage is visible from East Jefferson Street. In the 1850s, prospering from the growing of cotton, the Nalls built a finely detailed Greek Revival house on the dogtrot plan with four spacious, high-ceilinged rooms. No novice to style, the planter included Federal mantles and dados topped by chair rails in his rural home. Greek “ears” boldly surmount interior door and window surrounds that, with the doors, sport handsome oak graining; marbleized mantles added other decorative touches.